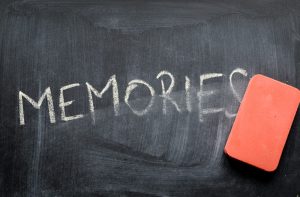 As I was driving to work yesterday morning, I was listening to yet another self-help book.  I have read/listened to books on mental-illness, anger, child abuse, sexual abuse, and so on for over two decades… all in my search to find answers, healing, and understanding for me and my family, as well as research for my ministry at church. Right now, I am listening/reading  “The Wounded Heart: Hope for Adult Victims of Childhood Sexual Abuse” by Dr. Dan B. Allender.   Today the topic was the integrity and reliability of suppressed memories.

If you read my story yet, you know that I had some small memories of the sexual abuse that I experienced as a child. You also know that I remembered more horrific events in stages starting about 8 1/2 years ago. These memories that came back to me would be categorized as repressed memories.  Now, the awful debate, if you do any kind of google search, is whether or not these memories are true and trustworthy.  It is an extremely aggravating topic.

Personally, I don’t know many survivors who don’t wrestle with some of the details being unclear at some period during their recovery.  We, as a group, naturally questions our memories to some degree, because of the grotesqueness and pure evilness of what happened to us.  But unclear details are normal for anyone trying to recall a situation from any instance in our lives, especially childhood.  It is just that the topic of our memories means that someone has committed a grievous crime… one which is extremely disturbing to our society, so it will be scrutinized.

In the book, The Wounded Heart, it quotes data from Lenore Terr’s book, Unchained Memories, which refers to a study by Linda Meyer Williams, “Adult Memories of Childhood Abuse: Preliminary Findings from a Longitudinal Study.”  It states:

The sexual-abuse researcher Linda Meyer Williams surveyed a group of a hundred women who as girls under twelve had had examinations in the emergency room of a large hospital because they or their families had reported sexual abuse to the authorities.  She found that thirty-eight of the women had no memories of such an incident.  Rather than demonstrating reluctance to discuss something personal and perhaps embarrassing, these women seemed completely unable to remember even the emergency-room visit, for which the investigators had records in their hands.  This was repression or some other extreme “forgetting” defense in action.

For most of us, if not all, there has always been some form of a memory of the abuse.  Whether or not the pieces fit together is a different story. The trustworthiness of my repressed memories is something I struggled with a lot… especially at first.  They were horrible.  I didn’t want to believe it but in my gut I knew how real they were.  I wish I could say that the doubt is gone forever… but it’s not.  It creeps up when I think about it being my word against his, because mine aren’t complete. They are pieces.  But I have a unique benefit that helps me constantly…

A few months after my nephew was born, I told my brothers and my sister-in-law that I was molested.  One of my brothers pressed me for more details a week or so later, so we met at a local pub to discuss what I had told him.  As it turned out, he believed me.  He said there were things that made sense about my behavior as a kid now that he knew.  He also told me about some things I didn’t know… about me!  It turns out that my father had beaten us with 2×4’s (I only remember this happening once and my dad had said it was because he was tired of having to buy wooden spoons.)  My brother said that my dad had chased me around the house and had cornered me in the garage to beat me with one once and he came between us and told my father that he would have to go through my brother to get to me.  My brother said that he and my father had had fist fights on more than one occasion.  This baffles me and still does… even after being told these stories about my own past, I still don’t remember any of them.  Crazy, right?  Our minds are amazing! But this has been a blessing in many ways.

During the initial months of remembering worse things, I was getting extremely exhausted by the cycle.  Remember something, be devastated and depressed, start to get better, remember something else and repeat.  It was starting to become more than I could bare.  I was starting to not want to heal because as soon as I did… BAM! So in an effort to combat that, I went to a hypnotherapist. (actually covered by my insurance by-the-way) I figured this would be the answer.  Get hypnotized, remember everything, be horribly broken for a while but then I’d be better.  Simple, right? NOT!

As it turns out, my mind is like a steel trap.  Nothing was getting out.  I was hypnotized.  My best friend and my aunt were in the, I don’t know what to call it, vision?  They were the keepers of my book of memories.  We were in a cozy little cabin  and they sat the book on a coffee table in front of us while one sat on each side of me. My aunt told me I could open the book whenever I wanted and they would be on each side of me to protect me and help me through.  While you know what happened? Every time I reached for the book or one of them moved it closer, I got such an extreme pain in my head that I thought I would die… like someone stabbing my brain.  After several attempts, the hypnotherapist stopped the session.  It was too much.  They were locked in there more than he had ever seen in his career.  I would just have to go through the natural progression on my own as I had been doing… LUCKY ME!

So what’s my point with this post today? Don’t doubt yourself! You know what happened and it is horrible. Don’t ever let naysayers rob you of your integrity.  When that idiot, and believe me there will be one, asks “are you sure it happened?  Are you sure you didn’t make it up?”  Walk away with your head held high, because you are STRONG.  You are stronger than that person will ever be or could even imagine to be. So take that bold step and say “THIS IS ME AND THIS IS MY STORY!”

“May integrity and uprightness protect me, because my hope, Lord, is in you.” Psalm 25:21